A friend was making a notebook for her boyfriend, filling it with lots of cute little phrases and doodles. I thought this sentiment deserved a card, so I drew a ghost using Adobe Illustrator and made it into a pop-up card.

After I created the “BOO-st of Positivity” card, another friend asked for one to give her brother because Halloween is his birthday!

I also made a version that says “Have a SPOOK-tacular Day!”

This is a simple design. You can cut out the eyes and mouth, use your Cricut to draw the shapes on, or simple hide the layers if you prefer to draw them on by hand. (Googly eyes would also be cute!)

Be sure to change the correct line to “Score” on the ghost and Attach the eyes and mouth to the body.

The card front and back should import into Cricut’s Design Space with the score line already attached to the correct layer.

I had my Cricut Maker write out the text on the card. You could also use vinyl or even HTV to cut the letters out.

Fold the ghost on the scored lines.

Press the card down (closed) to glue the tabs in the correct position.

Open the card, and your ghost should pop right up!

Ready to download the project file? Head over to the 📂Free Files Folder and enter the ✨ magic word. ✨ (If you don’t have the magic word, just fill in the form below first.)

Tip: Look for the 👻 icon next to the project files (in the 📂Free Files Folder.)

How to make a yarn wig
(no sewing required) 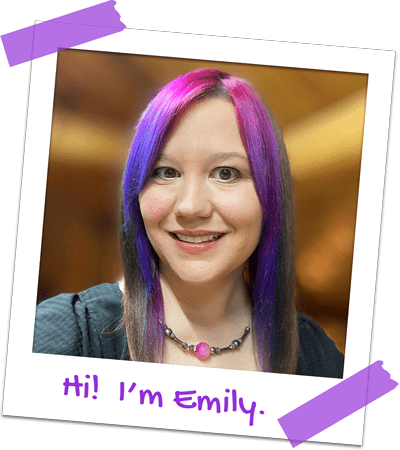